Understanding soil dynamics is a critical step in managing ecosystem processes, from root disease to carbon (C) sequestration. Next to oceans, soils comprise the second largest global C pool (1,500 Gt, compared with 600 Gt in plants) and the largest pool per earth surface 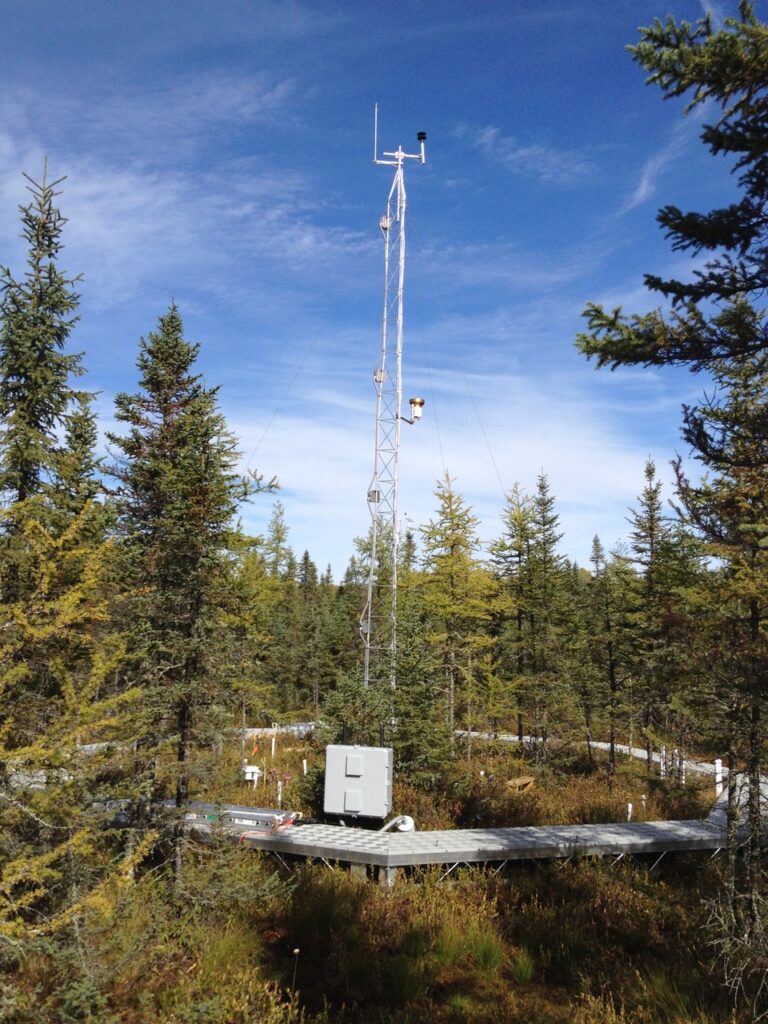 area. But, this pool is extremely dynamic, varying spatially at the sub-meter scale, and temporally at the diel scale. Plant root, and soil microbial and animal diversity is extremely high, upwards of 10,000 species per cm3, with highly complex food webs. Creating models that accurately describe C cycling and delineate C sequestration require accurate estimates of soil dynamics, from root growth and mortality, to fungal C sequestration, to highly variable respiration, both temporally and spatially.

Characterizing roots and microbes has been done via soil pits or soil cores (e.g., Weaver 1919, Marshall 1977, Böhm 1979). While these provide critical and important information on soil characteristics, they have limited value for measuring dynamics, as they are destructive removing points from repetitive sampling and open patches for weed invasions. Over the past three decades, increasingly sophisticated approaches have been deployed to observe root dynamics. These range in scale from large rhizotrons that stretch several m across fields (e.g., Van de Geijin et al. 1994) and forests (e.g., Lussenhop and Fogel 1993), to tubes in which root periscopes or minirhizotrons are inserted. Rhizotrons are restricted to a few research sites because of their cost and scale. While useful for describing soil ecological processes, they cannot be placed in most research or any real-world commercial operations. Smaller observing systems range from inexpensive root periscopes with an ocular lens and mirror to observe roots (Gregory 1979, Richards 1984, Eliason and Allen 1997) to manual minirhizotrons with cameras mounted on poles to deploy in clear tubes placed in the soil (e.g., Upchurch and Richie 1983, Majdi et al. 1992, Treseder et al. 2005). There are scanning units ranging from inexpensive but limited resolution, to high resolution, but expensive; none are automated.

Saprotrophic, symbiotic and pathogenic soil organisms have been impossible to study in situ. Lussenhop and Fogel (1993) noted that even with a rhizotron, coring, extraction, and vital staining was critical to studying soil processes because soil mesofauna and microrganisms could not be observed. But even small cores suffer from the same difficulties as root pits or root cores at larger scales. Allen and MacMahon (1985) and Klironomos et al. (1999) noted that extreme variation in organisms occurred at scales of just 1 to a few cm. Fungal-root (Allen et al. 1989, Friese and Allen 1990) and microbial biomass (Allen 1993) shifts occurred within daily time scales. Adjacent cores taken 2 weeks apart show an 85% shift in species composition, but the cores take two separate samples in space as well as time. Coupling organisms to processes (respiration) has been impossible with these existing techniques.

For this reason, we designed and built an in situ, automated minirhizotron (AMR) system around USB-port microscopes, which we could network to allow for high-resolution imagery, high repeatability, and continuous observations that could be integrated with networked sensor data (Allen et al. 2007, Rundel et al. 2009, Iverson 2011). We deployed the prototype in the winter of 2009, and have subsequently deployed 12 additional units, collecting (to date) 18.5 million images. Using the prototype in 2009, we determined that there are diel patterns in fungal hyphal growth (peaking in afternoon- Hernandez and Allen 2010), and that the allocation of C to AM fungi in 2009 was between 100 and 110g C/m2, or approximately 60% of that allocated to fine root production, and 18% of the total system NPP (Allen et al. in review). We are also able to measure the lifespans of total fungi, and individual EM taxa on which we have natural abundance isotope data (see observation capacity section).
Photo Left: Outdoor Lab in the San Jacinto Mountains. 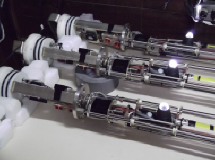 The AMR (Fig 1) is a computer controlled system that allows X and Y motion of a digital microscope camera within a clear tube buried in the ground.  The primary purpose is to undertake high-frequency fungal hypha and root growth in soil.

Fig 1. AMR units, which are embedded into a clear plastic tube (see description).

The AMR system consists of a clear tube of plastic (or glass) that is approximately 200mm in diameter and between 1m in length.  At the bottom of the tube is a waterproof cap.  Within the tube, a shuttle system, consisting of a support structure, two motors (and associated controllers) drives a sled both rotationally (X direction) and longitudinally (Y direction).  On the sled is a microscope camera and illumination source.  The motors position the camera in such a way as to image at 100x, allowing a field of view ranging from approximately 1 x 1.5mm to 3 x 2.25mm (Fig 2).  The motors are programmed by the user using software developed specifically for this purpose (RootView3 (RV3)) to allow any and all parts of the soil outside (and directly in contact with) the tube to be photographed.  The typical depth of field is 0.125mm. RV3 is a suite of services and programs that allow remote programming and observation of data collection via a web browser.  It captures images as well as manages the motors. In addition, because all images are known x-y coordinates, the images are stitched into arrayed mosaics of the entire tube interior for analyzing larger-scale root and soil invertebrate characteristics. 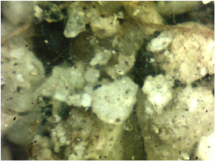 Our AMR prototype unit has been deployed for  over 2.5years, with a number of environmental characteristics measured on the adjacent soil. One criticism of the manual minirhizotron is that the camera affects the neighboring soil temperature. For the AMR, we found no measurable impact of the AMR through the test period (Fig 3). This is likely because the entire imaging unit is buried in soil, rather than requiring the end extruding into the atmosphere in which to insert the camera. Rigorous testing is completed. 4 early production units were deployed at the James Reserve and 3 at the La Selva Biological Station, Costa Rica (Fig 4). An additional unit was given to NEON, INC. (Boulder, CO) for testing. 2 additional units are deployed at the Deep Canyon Reserve in the California Desert.

Fig 3. Soil temperature and moisture near the AMR unit during the test period (spring 2009). Shown as ST Tube is the soil temperature on the surface of the tube. As can be seen, that temperature is not measurably different from the temperatures of the adjacent soils.

Data Management. Automated data management downloads and availability are absolutely essential for handling the massive amounts of data generated by this instrumentation. Our data are analyzed and stored in a three-phase approach. Sensor data and images are initially stored locally. Data and images are then transmitted and stored on the AMARSS/CENS/CCB computer data repository on campus <http://ccb.ucr.edu/amarss.html>. We calculate respiration in MS Access that we will eventually be integrating into our AMARSS computers to automatically calculate respiration and allow the reader to generate respiration data for the time period of interest.