The AMR system consists of a clear tube of plastic (cast acrylic) that is approximately 200mm in diameter and  1525mm in length. At the bottom of the tube is a waterproof cap. Within the tube, a shuttle system, consisting of a support structure, two motors (and associated controllers) drives a sled both rotationally (X direction) and longitudinally (Y direction). On the sled is a microscope camera and illumination source. 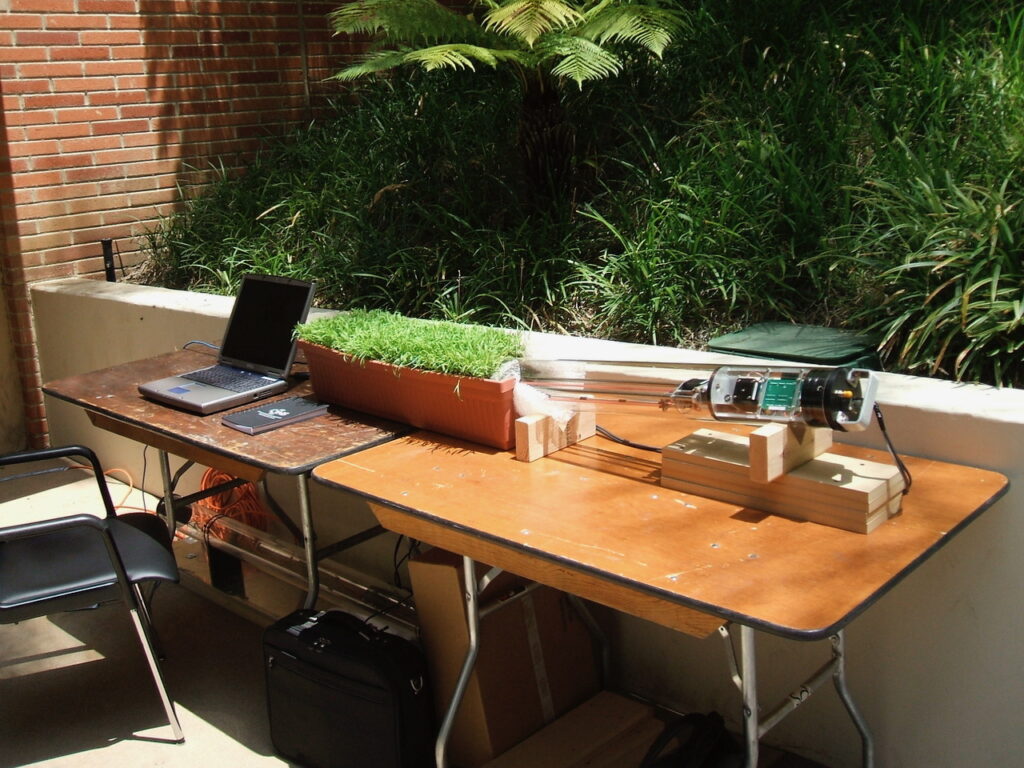 Preliminary specifications for the AMR-B. This information is based on the AMR-A units. Several engineering changes have been made since the AMR-A was built. It is anticipated that the AMR-B will meet or improve upon these values.  All specifications are subject to change. 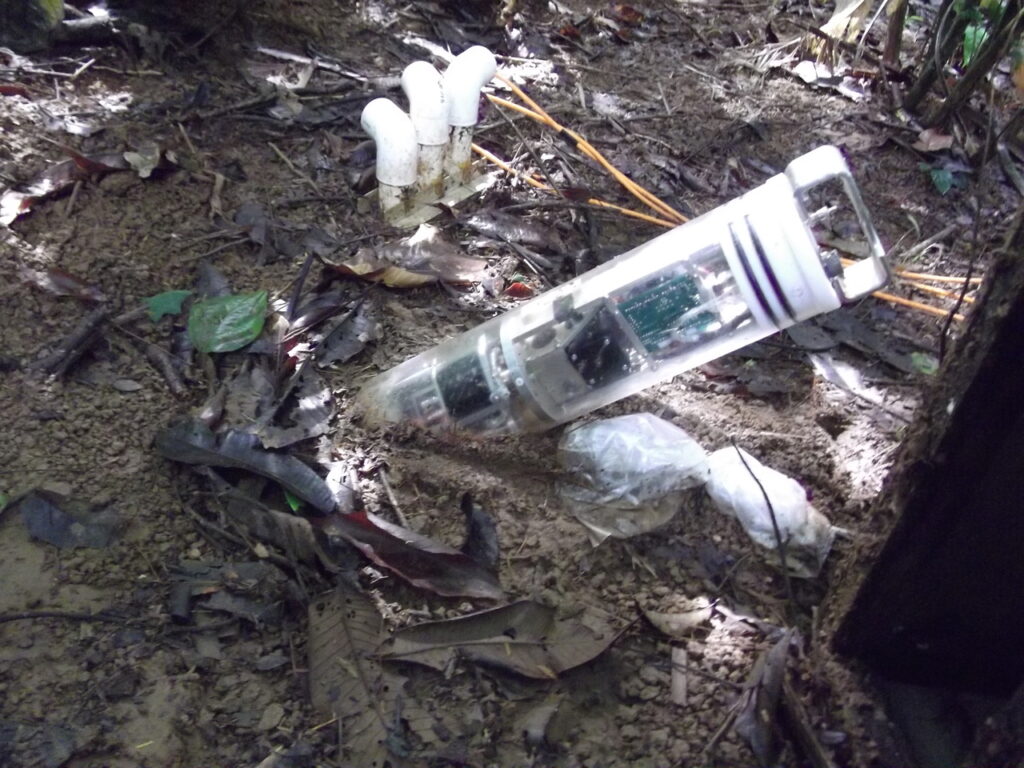 Operating range: -20C to +50C ambient air temp. The AMR uses the ground as a heat sink. Use in ground temps exceeding 40C (at 20cm) is not recommended and may damage the unit. Use in moist ground frozen deeper than 200mm may cause damage and cause less than repeatable results due to frost heave.

Humidity: Unit is submersible to 200mm (using optional connector and wiring harness).  Ancillary equipment is not. 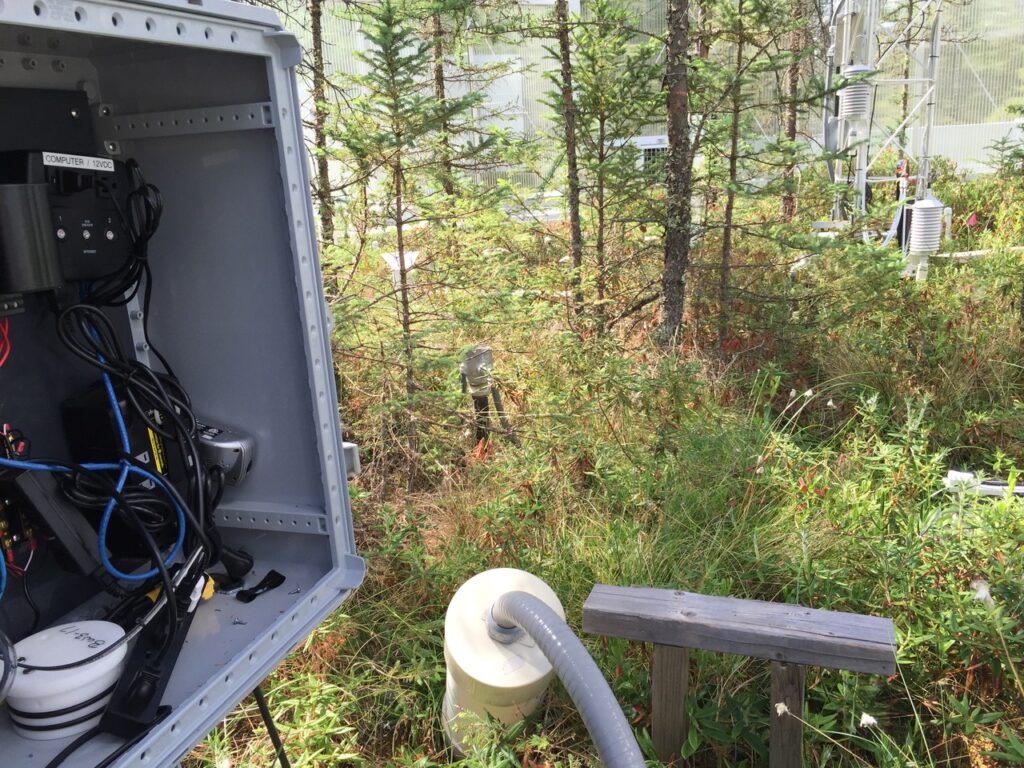 Each AMR includes an ancillary housing containing: a small computer running Windows, a UPS, thermostatically controlled fans with shrouds, a network switch, a 12VDC power supply and bus, moisture management system (pump, tubing, replaceable desiccant filter, control module) for AMR, and a network controllable outlet switch for remote management.
The user interface (RootView™) is web-based and compatible with most browsers. RhizoSystems includes a preconfigured system with each AMR.
End user is responsible for providing Network (wired or wireless (802.11g/n)) and 115VAC, 60Hz, 2A to each ancillary housing.

The AMR unit typically does not require routine calibration. If the user begins to notice over/under lap of mosaic images or if errors greater than 500 microns are reported on sequential homing operations, the unit would need to be returned to the RhizoSystems for repair. (RootView3n includes a programmable alert function that notifies the user of this condition (and many others).)

The AMR Prototype unit has been in use doing science since 31 July 2008 while at the same time, being routinely reworked and modified due to it being a prototype. Images captured since first light have been published and have resulted in fundamental new discoveries by observing the previously unobservable.

Each AMR unit is shipped in a well-packaged, durable, reusable, container that can also be used for storage. FedEx or UPS overnight service is recommended for shipping along with an appropriate amount of insurance.
Training: $1,000 per day plus expenses (on-site only).

The AMR was developed by funding provided by the NSF to the Center for Embedded Networked Sensing and to the Center for Conservation Biology. RhizoSystems, LLC, was formed in January 2010 to commercialize the product and work in partnership with the University of California to advance soil ecosystem research. While a startup, both the company and its advisory board bring decades of science research, start-up experience and business acumen to bear on this goal. We have many innovative ideas and a team of people dedicated to bringing them to life. A list of participants is available upon request. 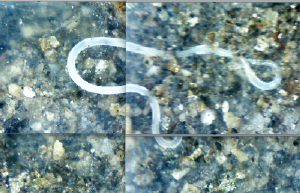 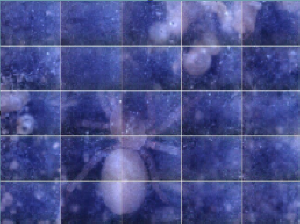 Left: A nematode moving through the soil below the AMR.  Screen captures were used from the Mosaic and pasted together to show it in its entirety.  Middle: A video of a dying root captured over several days. We believe this to be the first real-time recording of such an event.
Right: Mosaic of a spider or mite confronting another insect.  Each tile within the Mosaic is 3.01×2.26mm at a resolution of 640×480 pixels.  While the AMR is primarily used to study root and hyphal growth, we believe it is adaptable to many other areas of study.

Below are two images of fungal hyphae captured by the AMR.  Again, these images represent an area that is only 3.01 x 2.25mm.  They are displayed here at their full 640×480 pixel resolution. 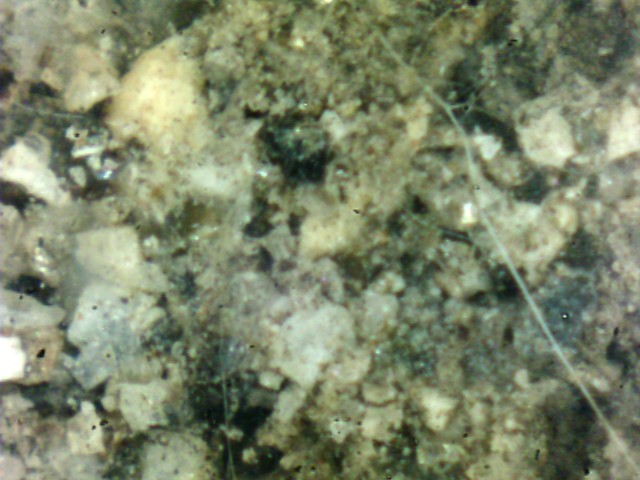 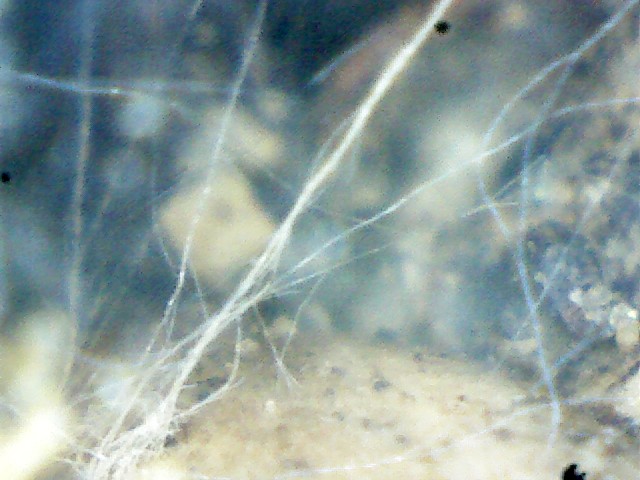